It’s all happening at Duma Tau

It’s all happening at Duma Tau 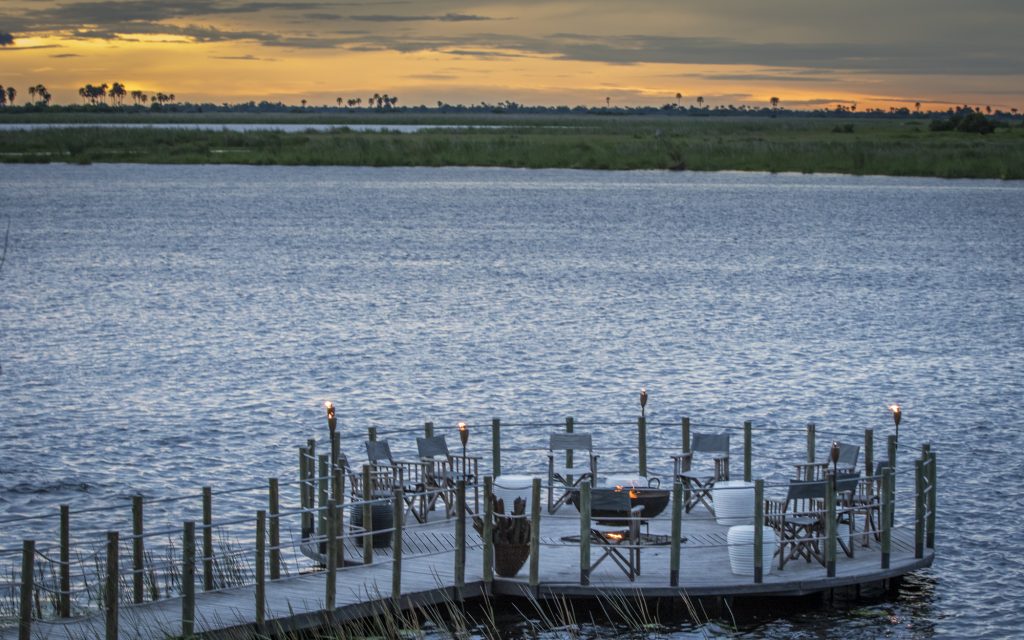 Last week I spent a night at the beautiful Duma Tau camp in Nothern Botswana. The camp is situated on the banks of the Linyanti river, looking out onto a mass of water and floodplains that stretch into the Caprivi Strip of Namibia. One of the unique aspects of the camp is the large star deck that floats on the river, giving one an incredible view of the night’s sky.

On arriving in camp, I headed for my room to off load my bags. I decided to leave my camera bag in the main area as I would be returning shortly to head out on a drive. While walking along the slightly raised deck, I heard a rustle of leaves on the ground below. I stopped and looked for a few seconds until I picked up the movement of not only one, but two Mozambique spitting cobras! The two snakes were completely focused on each other and seemed oblivious to my presence. They appeared to be mating, as it is that time of the season for these reptiles, and would slither after one another at great speed and then dart down into a hole only to appear minutes later. It was fascinating to watch, and just my luck I had left my camera bag back in the main area! I sprinted back to fetch it and luckily managed to still get a few shots of them before they disappeared in the under growth. 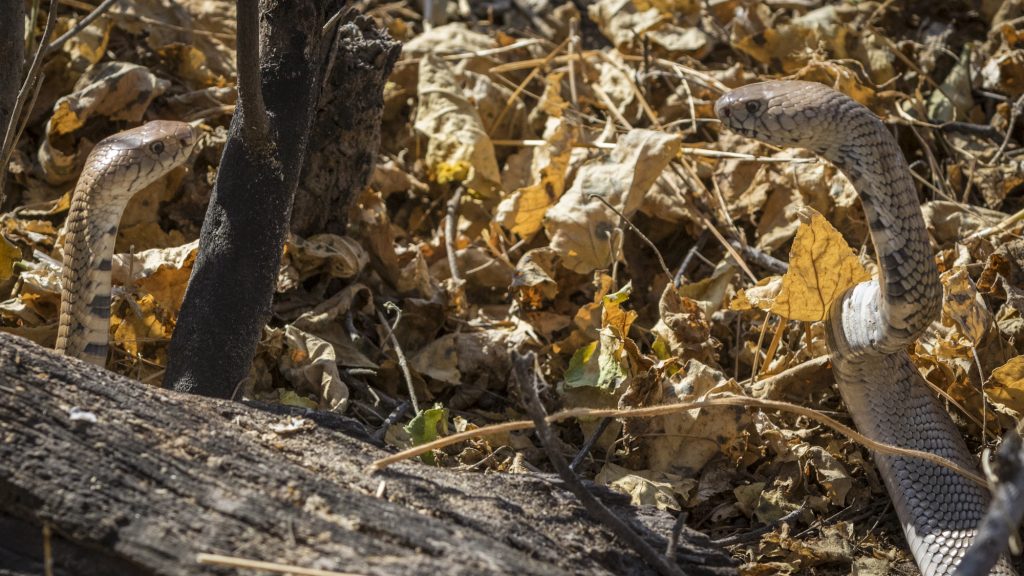 Our afternoon drive was spent meandering along the river bank heading noth east in search of some lions that had been seen in the area. We found them resting up in the shade, but our timing was perfect. As we approached them they began yawning and stretching and were then up and on the move. A hippo had died in the area and these cats were on their way to scavenge on the carcass. Moving along the river in perfect afternoon light, jumping over stretches of water to avoid getting their paws wet, it was an amazing sight.

We left the lions and headed back in the direction of camp to be in time for dinner. And just as we turned a corner, there came a pack of wild dogs trotting down the road toward us. It seemed they too had possibly picked up the scent of the rotting meat, and although wild dogs are not known to commonly scavenge, one of the dogs in the pack had an injured leg, and this may have seemed like an easy meal that was much needed. Little did they know who they might bump into at dinner…

Chase Africa Safaris
5.0
Based on 6 reviews
powered by Facebook